Thoughts on the Paris Attacks 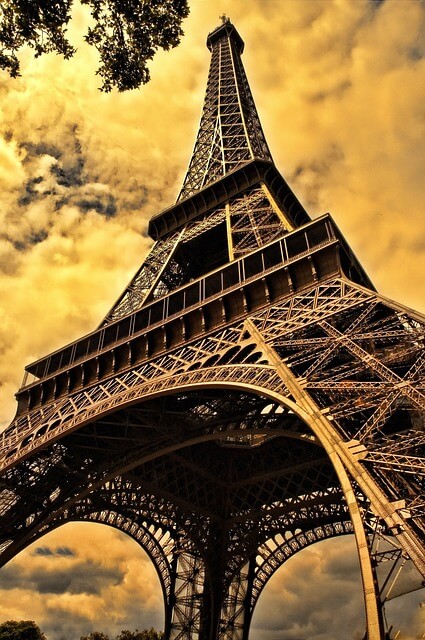 As all of you know, on Friday night there were multiple terror attacks in Paris. The attacks left more than 130 dead and several hundred wounded. No doubt, there will be more such killings in cities all over the world.

Terrible acts of violence naturally trigger fear, anger, and hatred, all of which generate more violence and death. The spiral of fear has no limit, which means it has the potential to spawn an endless chain of killing until all of life is threatened with extinction.

People whose professional calling is to serve in the military will take up arms and employ the strategies of war in an attempt to stop those who intend to kill many more people.

Having been a soldier myself (U.S. Army), I have nothing but deep respect for their work and their commitment to create safety for millions. Theirs is a heroic and honorable calling, to be sure, even when politicians deploy them dishonorably.

However, unless you are enlisting in the army, marines, or the CIA — and are ready to pick up a weapon and start killing people — your job and mine is very different from the soldier’s work. Indeed, our task is to confront and try to transform — beginning with ourselves — the underlying causes of war, which are the forces of fear, anger, and hatred.

It’s hard to think of thoughts and emotions as forces, but, in fact, they are radiating waves of electromagnetic energy, as any polygraph or electroencephalograph test can demonstrate.

Your thoughts and emotions collect as a large electromagnetic field around your body, thus magnetically attracting to yourself people and situations of the same character and similarity of thoughts, emotions, and actions as your own.

As everyone knows, people who think alike tend to form friendships and clubs, join certain religious groups and political parties, and feel inclined toward very specific forms of problem solving. Simply put, people are drawn to — and magnetize with — people who think and feel as they do.

Groups that think alike serve as collective generators, broadcasting great quantities of electrical thoughts, emotions, and belief systems into the atmosphere, and thus shape the consciousness of our world.

The more we collectively experience and express fear, anger, and hatred, the more we generate those very energies that lead to violence and death.

Our job at this moment is to resist thoughts of fear, anger, and hatred and instead focus on compassion, especially for the victims of Friday night’s tragedy, and for victims elsewhere. Compassion naturally evokes a desire to find ways to alleviate suffering. This is one of the reasons why compassion brings out the best in us, because it can give us the energy and the clarity for positive actions. Compassion opens the aperture for Divine Intelligence and Power, and thus offers us hope for transforming fear and anger into understanding and peace.

And this is our hope and our purpose — that as we choose compassion, we become more effective channels for even greater understanding, wisdom, and Divine Intelligence, which can change the energetic state of our world and eventually tip the balance in favor of peace.

We are going to see more and more circles of Light come into existence in the years ahead. Small communities by the millions are going to form, eventually linking together to broadcast powerful electromagnetic waves of Light, Wisdom, and Love into places that are now ruled by darkness.

Our job, it seems to me, is to be among those people — indeed, to be one of those many Circles of Light. We must hold the vision that we can make a difference, first by changing our own ways of thinking, and then by coming together as generators of Light.

As more Circles of Light join forces, and collectively focus our energies, we will become powerful channels for peace.

We can and we will achieve a moment of critical mass in which we alter the world’s electromagnetic atmosphere in favor of Peace.

Soldier-warriors have their jobs, and no doubt they will do them with commitment and courage.

We have work to do, too. And we must be equally committed. We can and we must change our world by praying fervently, listening deeply, and doing the work that the Creator gives us to do. Guidance will come, if we seek it with our hearts.

The Healers' Program is a course in healing, but also in self-discovery. Tom has the unique ability of encouraging you to find your voice, and leading you to see what it is that makes you feel uncomfortable in your skin, allowing you to move past it. One enters the program at the risk of growing more centered in heart and soul. It has helped me to change in ways I would not have thought possible.