What is Crohns Disease?

Crohn’s disease is an inflammatory illness most commonly afflicting the small intestine (especially where it joins with the large intestine), but it can affect any part of the gastrointestinal tract, from the mouth to the anus. In addition to the inflammation of the intestinal wall, which can become quite thick, deep ulcers may also form. The cause of the disease is unknown. Corticosteroid drugs and sulfasalazine are often prescribed to combat the inflammation. Some patients benefit from a high-vitamin, low-fiber diet. The severity of the illness varies, but it tends to be chronic among all people afflicted with the disease. Surgery may be required to treat the complications arising from the illness.

Inflammation of the small intestine is associated with an excess of acid in the gastrointestinal tract, created as a by-product of high animal food consumption. There may be an acute sensitivity among people who contract Crohn’s disease or colitis to animal foods and the acids they give rise to.

Chewing food very well (35 to 50 times per mouthful) is essential to emulsify the food and alkalize it with saliva salts, thereby making it soothing and healing to the intestine. Chewing also enhances production of pancreatic enzymes, which encourage proper digestion.

According to Chinese medicine, the stomach and spleen-pancreas work together as an organ pair. The stomach receives the food mass, churns it into chime, and prepares it for absorption by the small intestine. The Chinese healers describe the stomach’s function as extracting a “pure essence” (or qi), which is sent to the spleen. The spleen distributes the qi to the intestinal tract and the blood; it is said that the spleen oversees digestion and controls the blood and the health of all blood vessels. The spleen works in harmony with the pancreas, which produces enzymes and insulin to make assimilation of nutrition and energy usage possible. Therefore, virtually all problems associated with the small intestine are also seen as imbalances of the spleen and pancreas.

Who Gets Crohn’s Disease?

The incidence of Crohn’s disease varies between three and six new cases per year per 100,000 population in most developed countries; the incidence seems to have increased over the last 30 years. A person may be affected at any age, but peak ages are in adolescence and early adulthood and after 60.

Chlorophyll-rich products are the only foods that can be taken raw: 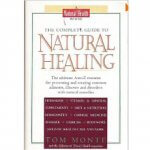